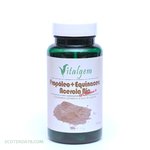 Already at the beginning of the fifteenth century the first banana trees were brought to the Canary Islands from South-East Asia and in 1,526 the plant was already acclimatized and settled in the islands, as seafarers loaded green bananas on their boats to feed on their trips to America. Shortly after appearing, bananas spread rapidly across the islands and are highly prized by its inhabitants. They also begin to be known to English travelers, who acquire them on their stopovers back to the UK. This makes that in the decade of 1880 the English foment their cultivation, exporting the fruit to the British islands. The importance of trade between England and the Canary Islands was such that even London came to have an area called Canary Wharf on the banks of the Thames. Organic banana trees have stopped being a mere experiment in the Canary Islands to become an unquestionable reality that, besides being respectful with the environment, is profitable. And it not only gradually increases the interest of farmers to grow without chemicals, but also increases the consumer's preference for this type of food. After all, and according to the saying, we are what we eat